The Island reclaims everything, in time. Even this small airstrip on the edge of the jungle submitted eventually, making an exciting run for a sunset race down the runway and along the beachhead. Old ruins can be spotted under piles of overgrowth as mother nature takes everything back.

"Hey, are these tomato plants?" - Chipo

Beachcomber is a Water-zone track featured in MotorStorm: Pacific Rift, based out of a derelict World War II air base. It is a combination of water, mud, beaches and forest, with the odd bit of flat ground in between. This track is perfect for Mud Pluggers, Big Rigs, Monster Trucks and anything else that has a high top speed and enjoys getting covered in dirt and mud. This tricky track has multiple routes. 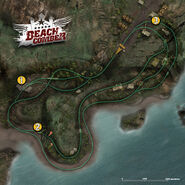 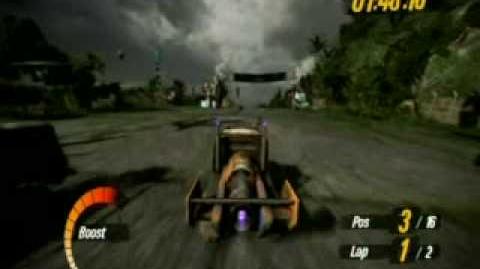 The Cannon
Community content is available under CC-BY-SA unless otherwise noted.
Advertisement