At the edge of the Arctic circle, the fearless have arrived. Drawn to the thrill of a new challenge, a passion to combat the extreme drives them onwards. In this land of raw, glacial power, only the greatest warriors will reach their peak. The mountain awakens. The stage is set. Welcome to MotorStorm!

MotorStorm: Arctic Edge is a 2009 racing video game, developed by Bigbig Studios and published by Sony Computer Entertainment Europe. This installment takes the franchise's signature off-road racing to the frigid wastelands of Alaska. The game includes six vehicle classes seen in previous MotorStorm installments and adds two more specifically catered to the frozen tundra: the Snow Cat and the Snow Machine. This is the first game to feature Customization, wherein players can equip their rides with different parts, apply decals and stickers, and even repaint the entire machine via combining patterns and colours.

A helicopter is heard as the camera pans to a cold mountain in Alaska. Lights are seen and the Festival's crowds are heard down the landscape. The camera then skips to a blizzard-wreathed race in which a green Buggy - a Jester BB-XS - is seen racing and attempting to overtake a biker on a Wasabi Katana. As the buggy successfully overtakes the bike, a Rally Car - a yellow Wulff Bolter - merges to the main route after a shortcut and slams into the buggy on the side. The buggy falls onto another ledge, but lands perfectly on its four wheels.

A Castro Varadero is then seen racing as well, and tears through an ice bridge, causing it to collapse, along with a yellow BB-XS running over it, causing it to fall and land nose-first onto the snowy ground, wrecking it. A black Bolter crashes into the buggy while dodging the icy debris, wrecking it in the process as well.

The green BB-XS and the black Bolter (the latter is attempting to overtake the former) race through an icy banked corner. Little do they know is that the yellow Wulff Bolter (the one that pushed the green buggy out of the way) makes the turn and discharges its boost, and manages to overtake them both. It also sideswipes both the black Bolter and the BB-XS, causing them to skid out of control. The black Bolter manages to get back in control, while the buggy careens out of control and is thrown off.

The camera then cuts away (right before the green BB-XS is sent skywards) showing a Wasabi Yuki Snow Machine launching off an ice ramp and successfully landing the jump, making its way torwards the others. Right after the turn, the camera then pans to the Varadero. The driver in the Varadero blows its loud train-esque horn; this causes the snow on the mountain peak to crack, unleashing an avalanche down the slope, sweeping away both the BB-XS and the Wasabi Katana. The biker gets knocked off his bike, but survives. The biker then tries to get back up on his bike, only to see the Yuki flying past the snow pile. The biker ducks in time, only to suffer a twist of fate when a Patriot Rhino Snow Cat bursts through the snow. The scene freezes and ends (with the game title), leaving it unknown whether the biker gets mauled by the Rhino.

As well as the normal races, Arctic Edge also features two additional event types, such as the returning Speed checkpoint challenge and the all-new Time-Ticker race, where the player will compete against three competitors and attempt to score points by either taking the lead or getting as close to the leader as possible. In addition, there is a new event type known as "Invitational", a series of three or four races consisting of a particular theme; the first eight invitational events restrict the player to a specific class for three races, while the final three consist of a single "zone" (low, medium and high altitude courses).

The Festival in Arctic Edge consists of 101 events, divided into eight Ranks. Players will gain Festival points, depending on their finishing positions at the end of the event (100 for 1st place, 75 for 2nd place, and 50 for 3rd place). Gaining Festival points allows the players to unlock new vehicles or rank up in the Festival. In addition, there are stars that can be obtained by completing certain tasks in specific events. Collecting stars is required to unlock Speed events, Time-Ticker events, or even Invitational events. Winning Invitationals unlocks a new vehicle (one in the class used for the race series) or videos on the making of the game, which can be viewed in the Media section of the Garage.

Note that the online servers for Arctic Edge went down on October 1st, 2012; the same time as the Pacific Rift servers.

MotorStorm: Arctic Edge contains multiple emblem packs based on other Sony IPs; Killzone, LittleBigPlanet, Pursuit Force and WipEout. These are not unlocked via DLC as one might expect; instead, players must take pictures of hidden emblems on various tracks via the in-game photo mode to earn their prize. 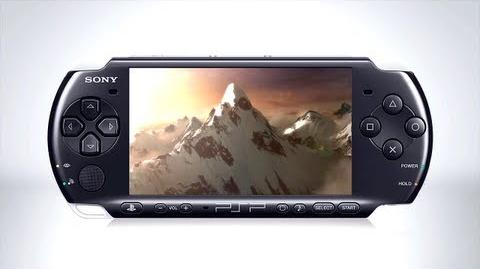 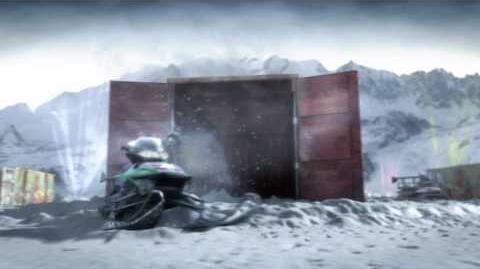 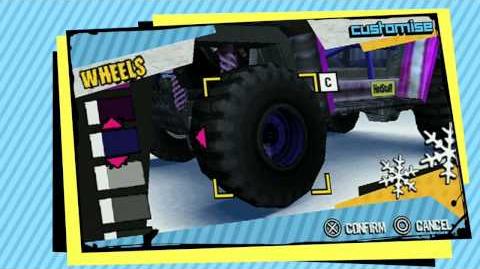 After the sweltering heat of the Pacific, MotorStorm sets sail for the Alaskan frontier to cool off. Taking on the peaks and valleys of mountains and ice sheets of the glaciers under the beauty of the northern lights, this festival took 'winter break' to a whole new level.