The Patriot Surger is a Rally Car appearing in every MotorStorm game in the series.

Like all others in its class, the Surger is one of the fastest vehicles in the game, but this type of Rally Car is not suitable for the mud, unlike the Italia Gagliano, which is more suited to rough terrain.

As with most Rally Cars in the series, this car is best at driving on long, dry and flat track surfaces.

The Surger first appeared in MotorStorm: Monument Valley, then Pacific Rift and Arctic Edge, and was also spotted in various gameplay footage/screenshots for MotorStorm: Apocalypse.

It has been added to the far latter game, reclassified as a Muscle Car in the Remix Pack DLC. It then appeared as the "Veteran" Muscle Car DLC in MotorStorm RC.

The Surger is heavily based on the second-generation Dodge Charger. Its front grille is taken from the 1968 Charger, while the rear lights are similar to those on the 1969 model-year Charger. The model in Arctic Edge is slightly different, with its front resembling a 1969 Charger with open headlights, while the rear end was most likely inspired by the 1969 Chevrolet Camaro with the RS option installed. Overall, the Surger resembles a Baja-ready muscle car of the late 60's.

The Snake Eyes is the personal vehicle of Dice.

The Snake Eyes is a Patriot Surger that has been radically weight-stripped. Because of this, its structural rigidity has been permanently comprimised. Consequences include increased chance of rolling and the possibility of snapping clean in half under extreme shear. It's not safe, but for Dice, the drift's the thing.

"Ah, what's the worst that could happen?" - Dice

Oddly enough, despite the fact that Dice's "Snake Eyes" Surger is portrayed in Motion Comics as sporting a single exhaust pipe sticking out and over the rear bodywork (a customisation option), its actual in-game model only has the stock twin exhaust system.

The BITE ME livery. Also appears in RC.

"Bite Me" player livery in MSMV.

Chunky Baxter's livery. Player livery in both MSMV and MSPR.

Wrecked Marshall in Pacific Rift as an Easter Egg.

Dice's Surger in a Motion Comic. 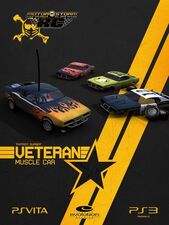 The "Veteran" Surger in RC.

The Surger shares its front fascia with the 1968 Dodge Charger...

...and the rear fascia is inspired by the 1969 model-year Charger. 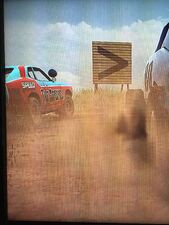